Rooibos tea, healthier than you think

Tribal people – also known as ‘The Khoisans’ – from the Cederberg region of South Africa, have been drinking rooibos tea, also known as ‘bush tea’, for several centuries. The leaves from the South African herb ‘Aspalathus linearis’ were used as herbal remedies for many ailments, and loved for their pleasant taste.

Rooibos tea contains a lot of antioxidants just like tea from the teabush ‘Camellia Sinensis’. I drink rooibos tea on a regular basis and use it most of all as a bedtime tea as this tea contains calming and stress reducing substances.

Still reading, have a look at how amazing this tea really is. 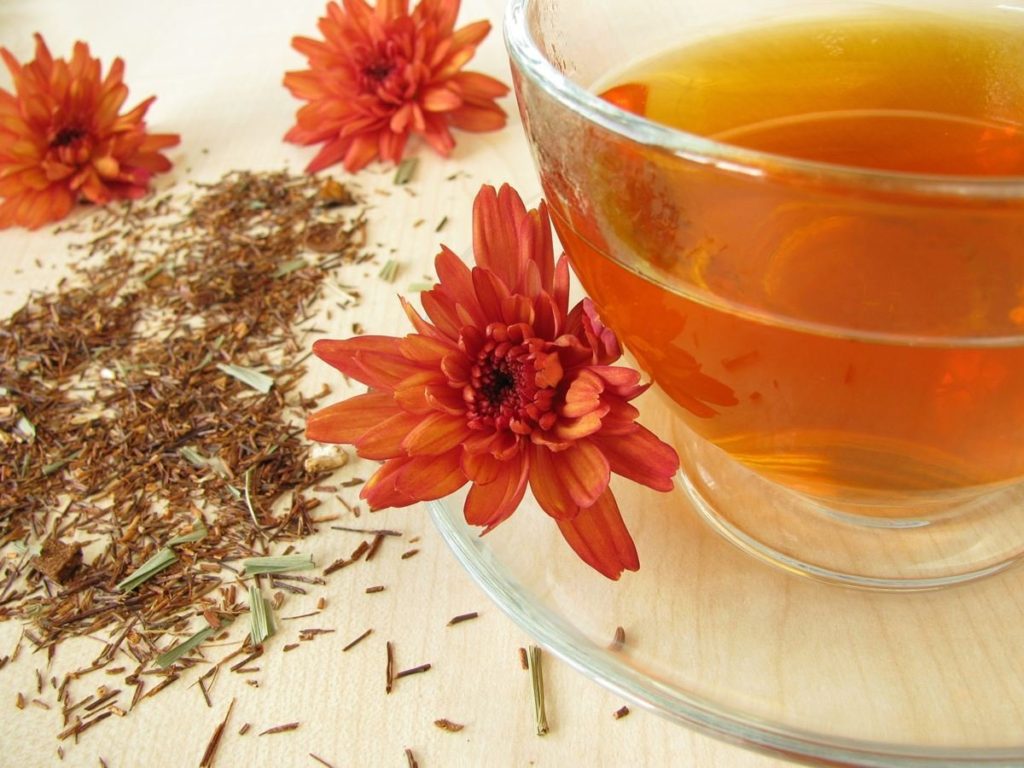 The two important antioxidants ‘aspalathin’ and ‘nothofagin’ both contribute to stress reducing effects, which is why rooibos tea is soothing and very useful as an evening tea.

Clinical research has shown that a few cups of the red tea every day for at least six weeks, play an important role in maintaining normal cortisol levels.

Cortisol is the body’s stress hormone – reducing cortisol levels can have an overall calming effect.

If your cortisol level is constantly increased, it may result in indigestion, metabolism and sleep disturbances.

Rooibos is rich in the enzyme ‘superoxide dismutase’ shortened ‘sod’.

This enzyme is necessary for the body to produce healthy skin-producing cells.

High levels of this enzyme helps ensure a healthier skin and fewer wrinkles as ‘sod’ also fights wrinkles by neutralizing the free radicals that cause them. 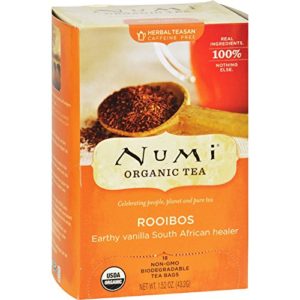 Free radicals damage our DNA in both the body and the brain. Rooibos can help prevent these damages.

Rats who received rooibos tea instead of water accumulated significantly less aging in the brain than rats that had water.

Japanese researchers gave rooibos tea to a group of rats for a two-year period, and then examined their brains.

Remarkably, they found that there was hardly any difference between the brains of the older rats treated with Rooibos tea, compared with the brains of new-born rats.

By contrast, the brains of control rats that were not given rooibos tea showed normal age-related changes, such as widespread destruction of brain tissue.

A quite remarkable result.

The benefits of Rooibos were particularly visible in mice that had elevated levels of fats in their blood after being fed a high-fat Western-type diet.

Rooibos changed the number and size of their fat cells and completely prevented the development of fatty liver disease – a condition where fat accumulates in liver cells.

The researchers point out that, by preventing the liver from storing excessive amounts of fat, rooibos may prevent the development of more serious health conditions.

Rooibos contains powerful anti-oxidants, including the substance ‘quercetin’, which has anti-cancer effects.

This is a longer article, and you can read more below, but as always, further research needs to be done before anything can be said with certainty.

Comprehensive animal testing with rats and mice, however, has shown that rooibos tea helps to inhibit the development of cancer and reduce precarious conditions.

Now do have a look at our selection of rooibos here!